Partnership to bring Vaginal Yeast Infection drug to US

SYNEXIS, Inc. (NASDAQ: SCYX), a biotechnology company pioneering innovative medicines to overcome and prevent difficult-to-treat and drug-resistant fungal infections, today announced it has partnered with Amplity Health in connection with the anticipated U.S. launch of Brexafemme (ibrexafungerp). Amplity, a leading global contract commercialization organization, specializes in designing, implementing, and managing customer-facing and inside sales, service, medical and clinical teams. Brexafemme is the expected trade name for ibrexafungerp, an oral antifungal product candidate for the treatment of vulvovaginal candidiasis (VVC), also known as a vaginal yeast infection. The New Drug Application (NDA) for Brexafemme is under review by the U.S. Food and Drug Administration (FDA) with a Prescription Drug User Fee Act (PDUFA) action date of June 1, 2021. If approved, Brexafemme would represent the first novel antifungal class in over 20 years and would be the first and only non-azole treatment for vaginal yeast infections.

“We are thrilled to enter into this strategic partnership with Amplity Health, leveraging its commercial capabilities and established infrastructure while preserving cash by deferring a portion of the commercialization costs of Brexafemme until 2023,” said Marco Taglietti, M.D., President and Chief Executive Officer of SCYNEXIS. “We look forward to working with an Amplity women’s health sales force and payer account management team fully dedicated to help realize Brexafemme’s blockbuster potential.”

What does the partnership mean?

Under the terms of the 5-year agreement, SCYNEXIS will utilize Amplity’s commercial execution expertise and resources for sales force, remote engagement, training, market access and select operations services. Amplity is deferring a portion of its direct service costs in the first two years (2021 and 2022) up to a cap, which SCYNEXIS will repay over three years starting in 2023. Amplity has the potential to earn a performance-based success fee in the 2023-2025 time frame by exceeding certain revenue targets. SCYNEXIS will maintain full ownership of Brexafemme, control of all strategic aspects of the launch and have the right to terminate the agreement, including upon a change of control.

“We have been closely following the development of this novel antifungal and believe it is a differentiated product poised to make a difference in the field of women’s health,” said Mike Griffith, Chief Executive Officer of Amplity Health. “We are excited to partner with SCYNEXIS to support the U.S. commercialization of Brexafemme and believe the deferred-costs and success fee arrangements will greatly benefit both companies. Our experienced team has a successful track record that spans over three decades of bringing therapeutic products to market and we are confident in our ability to achieve and exceed our goals.”

Why is it important?

“Vaginal yeast infections affect three out of four women at some point in their lifetime, yet to date, healthcare providers have had only one oral product to treat this highly symptomatic condition,” said Jim Maffezzoli, Vice President of Sales and Marketing for SCYNEXIS. “Of the 9.5 million women in the U.S. who received a prescription for VVC in the previous year, about 40% of them required multiple prescriptions, illustrating that many patients’ symptoms are not adequately addressed by existing azole treatments. These patients and their doctors are eager for a new and differentiated alternative to treat vaginal yeast infections. Brexafemme has the potential to be that alternative and help millions of women. We are excited to partner with the Amplity team and leverage their commercial expertise and ability to bring Brexafemme, once approved, to the market.”

Brexafemme benefits from both Qualified Infectious Disease Product (QIDP) and Fast Track designations granted by the FDA for the treatment of VVC and prevention of recurrent VVC. Under QIDP designation, Brexafemme will receive five years of market exclusivity in the U.S. in addition to the five years of exclusivity as a new chemical entity. Additionally, Brexafemme is covered by a composition-of-matter patent, with anticipated protection, including patent term extension, until 2035 for a total of almost 15 years of commercial exclusivity in the U.S.

Brexafemme is an oral antifungal product candidate under regulatory review for the treatment of vaginal yeast infection also known as vulvovaginal candidiasis (VVC). Its mechanism of action, glucan synthase inhibition, is fungicidal against Candida species, meaning it kills fungal cells. A New Drug Application (NDA) for Brexafemme is under review by the U.S. Food and Drug Administration (FDA) with a Prescription Drug User Fee Act (PDUFA) action date of June 1, 2021. The NDA is supported by positive results from two Phase 3, randomized, double-blind, placebo-controlled, multi-center studies (VANISH-303 and VANISH-306), in which oral ibrexafungerp demonstrated statistically superior efficacy and a favorable tolerability profile in women with VVC. If approved, Brexafemme would represent the first novel antifungal class in over 20 years and would be the first and only non-azole treatment for vaginal yeast infections.

VVC, commonly known as a vaginal yeast infection due to Candida, is the second most common cause of vaginitis. Although these infections are frequently caused by Candida albicans, infections caused by fluconazole-resistant and non-albicans Candida strains, such as Candida glabrata, have been reported to be on the rise. VVC can be associated with substantial morbidity, including significant genital discomfort (pain, itching, burning), reduced sexual pleasure and activity, psychological distress (stress, depression, anxiety), embarrassment, reduced physical activity, and loss of productivity. Typical VVC symptoms include pruritus, vaginal soreness, irritation, excoriation of vaginal mucosa and abnormal vaginal discharge. An estimated 70-75% of women worldwide will have at least one episode of VVC in their lifetime, and 40-50% of them will experience multiple episodes.

Current treatments for VVC include several topical azole antifungals and oral fluconazole, which is the only orally administered antifungal currently approved for the treatment of VVC in the U.S. and which accounts for over 90% of the prescriptions written each year. Fluconazole reported a 55% therapeutic cure rate in its label, which now also includes warnings of potential fetal harm, illustrating the need for new oral alternatives. In addition, there are many women who do not respond to or do not tolerate fluconazole, such as women with persistent (“chronic”) infections, recurrent infections (four or more recurrences in a 12-month period), Non-albicans / azole-resistant Candida strains (e.g., Candida glabrata), diabetic patients, especially with poorly controlled glycemia, and obese patients. These women could benefit from a non-azole, and preferably, oral treatment option.

SCYNEXIS, Inc. (NASDAQ: SCYX) is a biotechnology company pioneering innovative medicines to help millions of patients worldwide overcome and prevent difficult-to-treat fungal infections that are becoming increasingly drug-resistant. Our lead candidate, ibrexafungerp (formerly known as SCY-078), is a broad-spectrum, IV/oral antifungal agent representing a novel therapeutic class, that is in FDA review for the treatment of vaginal yeast infection and late-stage clinical development for multiple life-threatening fungal infections in hospitalized patients. The SCYNEXIS team has deep expertise in anti-infective drug development and marketing, which can be leveraged to advance ibrexafungerp from clinical development to commercialization. For more information, visit www.scynexis.com.

The true partner to global healthcare companies, Amplity Health builds transformational solutions by challenging the boundaries of commercialization strategies to improve the lives of patients. Amplity has the expertise, infrastructure, and insights to help clients overcome any healthcare commercialization hurdle. Amplity’s wide-ranging capabilities include clinical and medical outsourced teams, remote and field sales solutions, capabilities development, recruiting, operations, and consulting. Amplity’s one of a kind Insights database offers clients a detailed view into patient-provider interactions and provider treatment rationale not found through any other provider. With our combined data, brainpower and experience, Amplity has what it takes to maximize commercialization efforts with demonstrated results. Additional information can be found on the company’s website: www.amplity.com. Connect with Amplity on Twitter and LinkedIn. 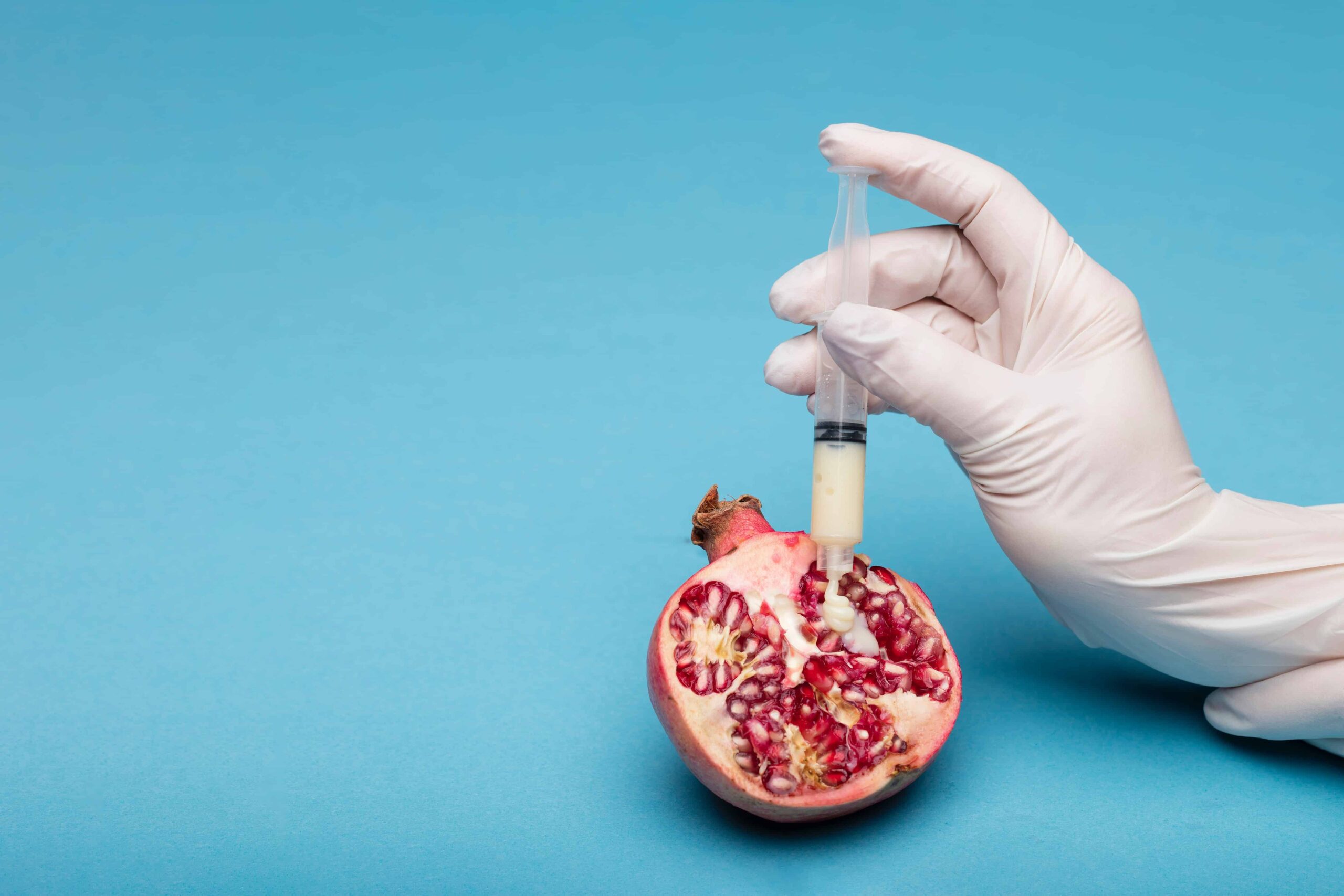 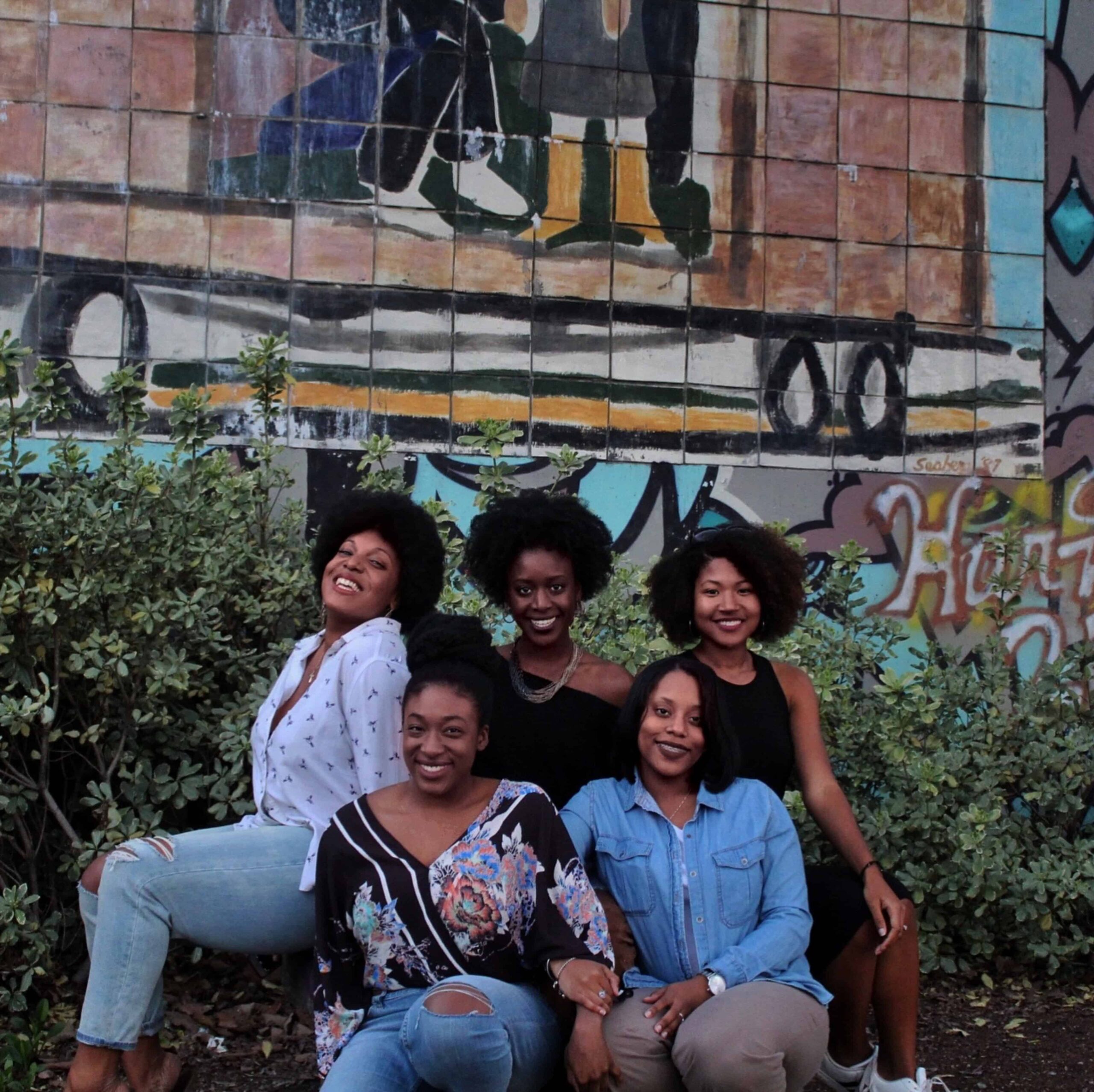 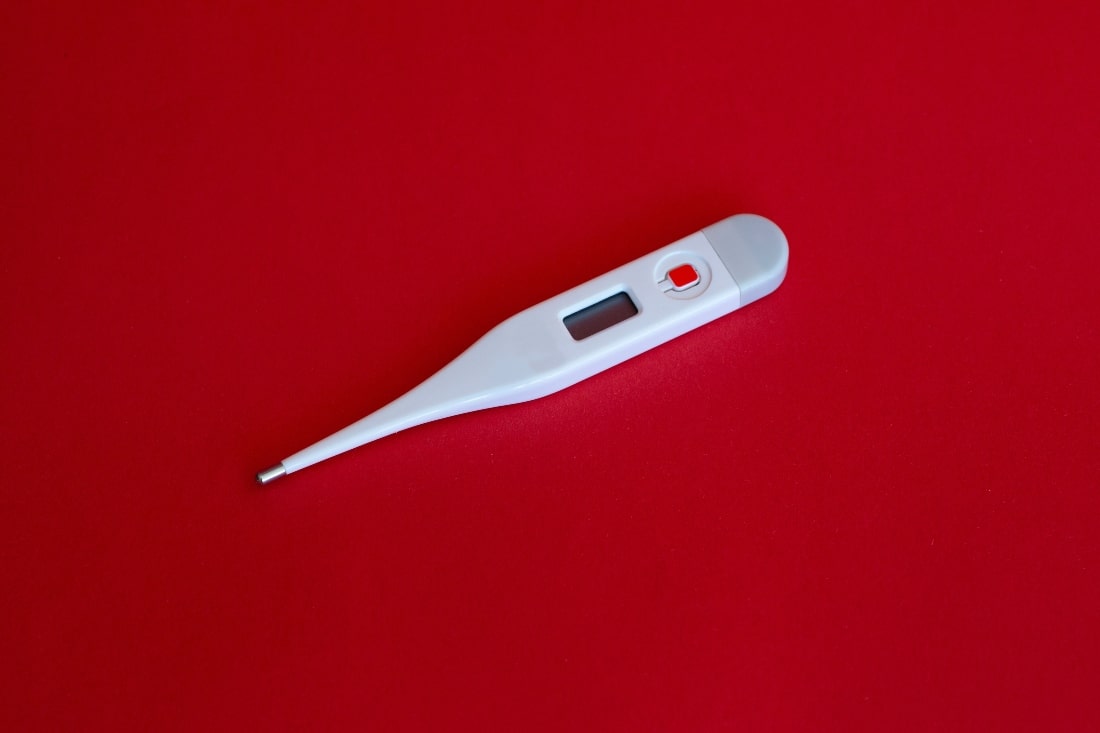 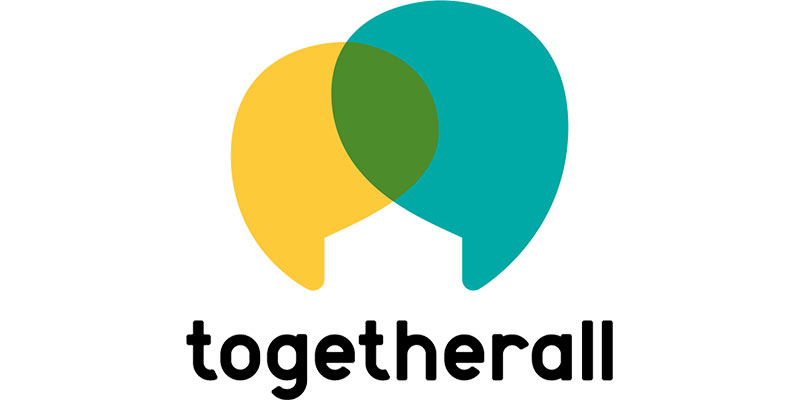 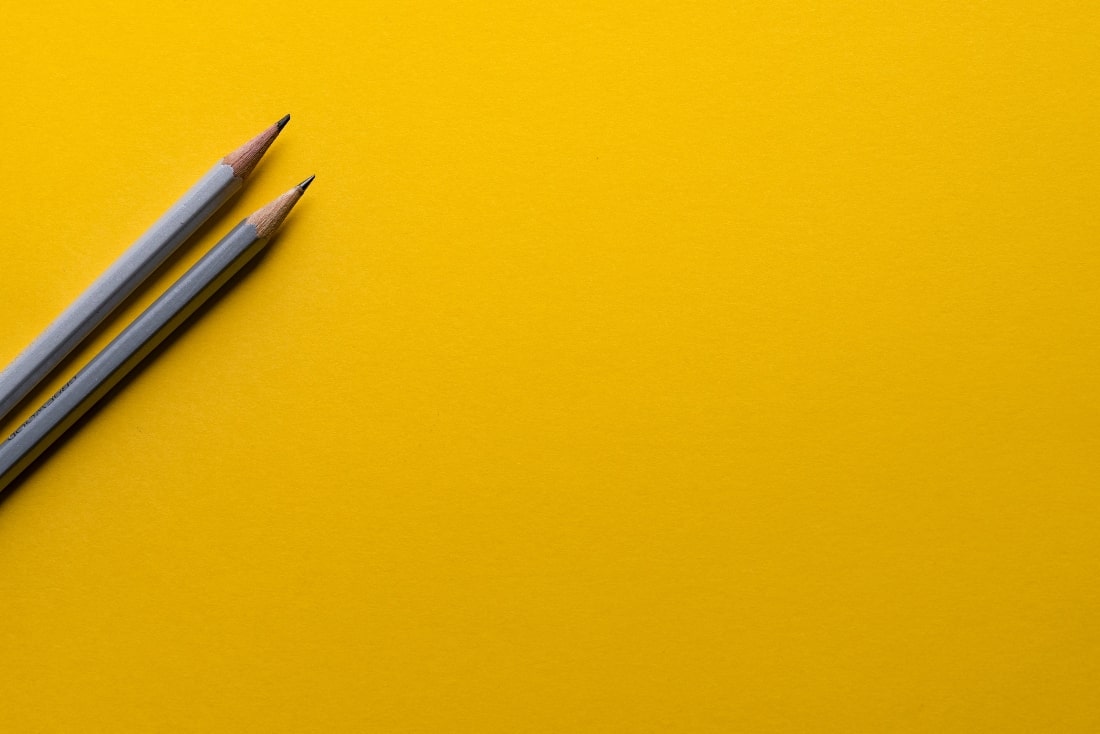