Looking to plan a pregnancy, or prevent one? Get an assist from one of these cycle-tracking apps.

IN AN IDEAL world, we’d all have as good a year as Natural Cycles is having. Last year, the company’s eponymous app became the first certified form of “digital contraception” in Europe. A few weeks ago, the Food and Drug Administration also gave it the green light to market itself as contraception in the United States.

Natural Cycles pairs an algorithm with basal body temperature—your body’s lowest resting body temperature—to predict your fertility on any given day. If you’re trying to conceive, it gives you the go-ahead; if you’re preventing pregnancy, it gives you a big, fat warning sign. While it markets itself as a high-tech consumer health product, this “digital contraception” actually follows the oldest method in the books. It’s the rhythm method, updated for the smartphone generation.

Not everyone is convinced that we should rely on apps to monitor our fertility. (Efficacy and privacy are a few reasons to be wary.) But there are plenty of good reasons to use cycle-tracking apps—whether you’re trying to conceive or not. If you’re a woman with reproductive capacities, your menstrual cycle is one of the baseline indicators of general health. An irregular or missing period could mean that something is wrong. Or maybe you just want to plan your vacation for when you’re not going to be bloated, miserable, and disinclined to get into a bathing suit. Here are some of our favorite women’s-health apps to try.

In 2015, Apple announced to much fanfare that it was adding reproductive health features to HealthKit, which already allowed people to track their height and sodium intake, but didn’t let women track their periods. Now, if you have a uterus and an iPhone, you can log data like basal body temperature, cervical mucus quality, or ovulation tests directly into HealthKit. You can also push data into it from another reproductive health app, like Clue.

Apple’s Reproductive Health can be a little difficult to use. You can toggle between day, week, month, and year views, but all the graphs are hard to read, and it doesn’t offer notifications for when to expect your period. It is convenient to see all your health data in one place. You might realize that your mile time dropped because you’re always a little tired this time of the month. But you might be better off entering your data in another app, then pushing it to Reproductive Health.

Clue, available on both iOS and Android, aggregates data into a clean, fun, and easy-to-use interface. Entering data is as simple as tapping the big red button in the circular cycle, which shows both your menstrual cycle and your fertile period. The app also sends you notifications when your period might be coming.

Clue lets you track seemingly limitless factors, from discharge, stool, to the condition of your hair. The app analyzes accumulated data to show your typical cycle length, period length, and other symptoms. You can download this Cycle Report to send to your primary care doctor or obstetrician. You can also push data to wearable devices, like your Apple Watch or Fitbit, or share data with a partner. It’s one of the most comprehensive and easy-to-use apps we’ve tried.

Earlier this year, Fitbit also added new female health tracking capabilities to the popular Fitbit dashboard. You can enter information like your flow intensity, type of discharge, or symptoms like cramps or headache, which Fitbit uses to calculate when your period is due. If you own an Ionic or a Versa, your fitness tracker can alert you before your period is due.

If you have a uterus and an iPhone, you can log data like basal body temperature, cervical mucus quality, or ovulation tests.

At the time of publication, Fitbit doesn’t let you log the results of ovulation or pregnancy tests. And unlike Natural Cycles, the app doesn’t present itself as a form of contraception, noting to speak to a doctor about family planning. The app does show trends like average period length, average cycle length, and average estimated ovulation. You can also engage with Fitbit’s enormous user community to ask questions about fertility or pregnancy prevention, or access content written by Fitbit advisors like Dr. Katherine White, an assistant professor of obstetrics and gynecology at Boston University.

While most women’s health apps allow you to log and graph your daily basal body temperature, Natural Cycles is the only one that comes with a basal body thermometer, which measures your temperature to one-hundredth of a degree instead of the normal one-tenth. Monitoring your basal body temperature, or BBT, is a common method of determining your fertility, as BBT usually rises by 0.5 to 1 degree after ovulation.

When use of a contraceptive app results in an unwanted pregnancy, don’t blame the technology.

That said, BBT can be an iffy measurement. You can’t know if you’ve ovulated until you’ve actually seen the temperature rise, so you won’t get a reliable prediction for at least a month. Many factors can throw off your BBT—like stress or lack of sleep—and taking the measurement can be annoying. You have to measure your body temperature at the same time every morning when you wake up, ideally before you’ve even moved a muscle. If you’re an early riser, you may find yourself stumbling, bleary-eyed, to the bathroom before you even remember that you were supposed to take your temperature.

Natural Cycles does also allow you to log period flow, the results of ovulation tests, and when you’ve had sex, but it relies mainly on the BBT measurement. The Mayo Clinic recommends using the BBT method in conjunction with another form of fertility awareness planning, so it can’t hurt to use a backup method if the Natural Cycles app is currently your primary form of birth control.

Eve is a period and sex app, one in a stable of women’s health apps from the medical data science company Glow. When the company first started, Glow (and eventually Glow Nurture, for pregnant women, and Glow Baby, a baby tracker) was regarded as unbearably intrusive. Now, logging details like sexual intercourse and the state of your cervical mucus seems positively mundane.

Compared to other options, Eve offers a bewildering array of features. In addition to logging details like when you’ve had sex, type of discharge, and flow intensity, you can opt into daily offerings like your Cycle Scope, which predicts how your menstrual hormones might affect your mood on any given day during your cycle. (Mine says that today, I might be “totally chill.”) You can interact with Glow’s user community on the Glow forums and redeem “gems” to get sex tips. Some may find Eve’s relentlessly upbeat tone to be a little grating. (I don’t even like bubble baths, so I don’t need to be constantly told to get in one!) But if you like your period tracking with a side dish of bright graphics and user polls, this is the app for you.

If you’re missing a lot of real talk about sex, fertility, and periods, it’s nice to connect with a community and find like-minded people. However, if you don’t particularly want another reason to stare at your phone, Flo is great-looking, simple, and easy to use. You can also log your weight, sleep, and water intake, in addition to symptoms like your mood, headaches, vaginal discharge, or alcohol intake.

Flo also offers basic analytics that doctors might ask about, like your average cycle length, period length, or body patterns, like if you regularly log headaches when your period is about to start. The app also sends notifications when your period is coming, and warns you when you have a high chance of conception.

Conceiving can be a painfully lonely experience. Only you know your fertile period, so it’s up to you to make discreet plans, or else run the risk of informing your partner in front of all your guests at a dinner party exactly why he can’t go on that ski trip next Thursday. Other apps, like Clue, allow you to share data with a partner—but most fertility apps exclude men.

Cycles is an exception. When you download the app, you can select your gender. If you elect to share the data with your partner, they can get notifications when you’re fertile, when you’re on your period, and when you’re PMSing. (Hey, they might want to know!) Sharing the data can help you send each other reminders or plan vacations. It doesn’t hurt that the Cycles interface is simple, discreet, and gender-neutral, as far as any app like this can be.

Like Natural Cycles, Dot bills itself as a “digital contraception” app. Instead of using BBT, it claims to be the first and only app that uses only period dates to calculate your fertile periods. The name Dot is actually an acronym that stands for “dynamic optimal timing”; the algorithm behind the app has been statistically validated with a published, peer-reviewed study and is currently undergoing efficacy trials.

When you first open the app, you choose between goals like preventing a pregnancy, preparing for one, or just tracking your period. Even if you opt to only track your period, the app gives very alarming warnings when your chances of conception are high. But the odds seem to be on Dot’s side. While Natural Cycles warns against sex within a maximum 10-day period, Dot has no problem proscribing unprotected sex for up to half the month. That’s one foolproof method of preventing an unplanned pregnancy—preventing you from having unprotected sex altogether.

When you buy something using the retail links in our product reviews, we earn a small affiliate commission. Read more about how this works. 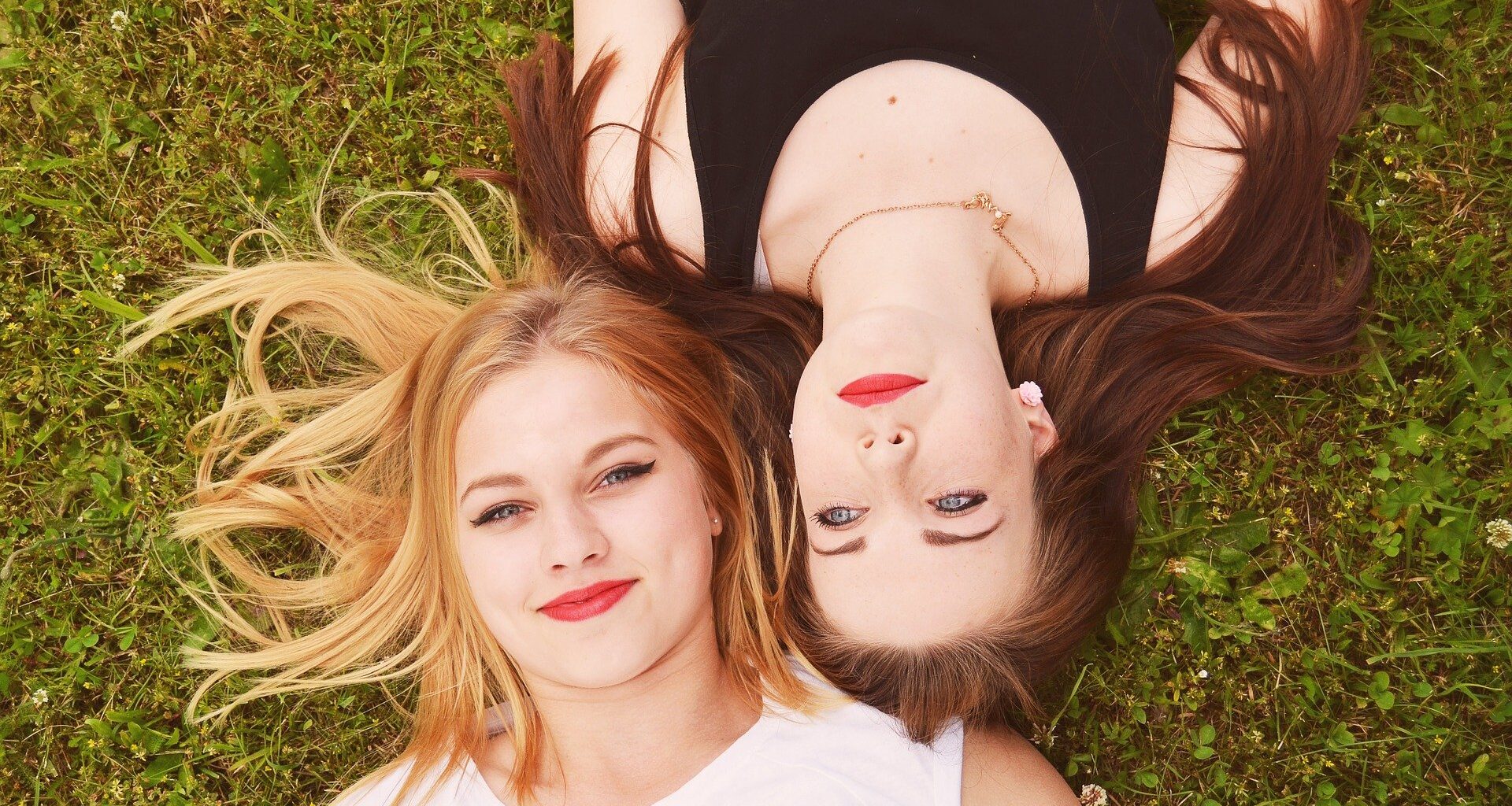 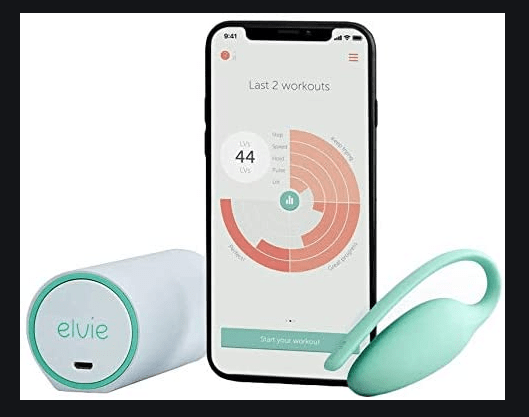 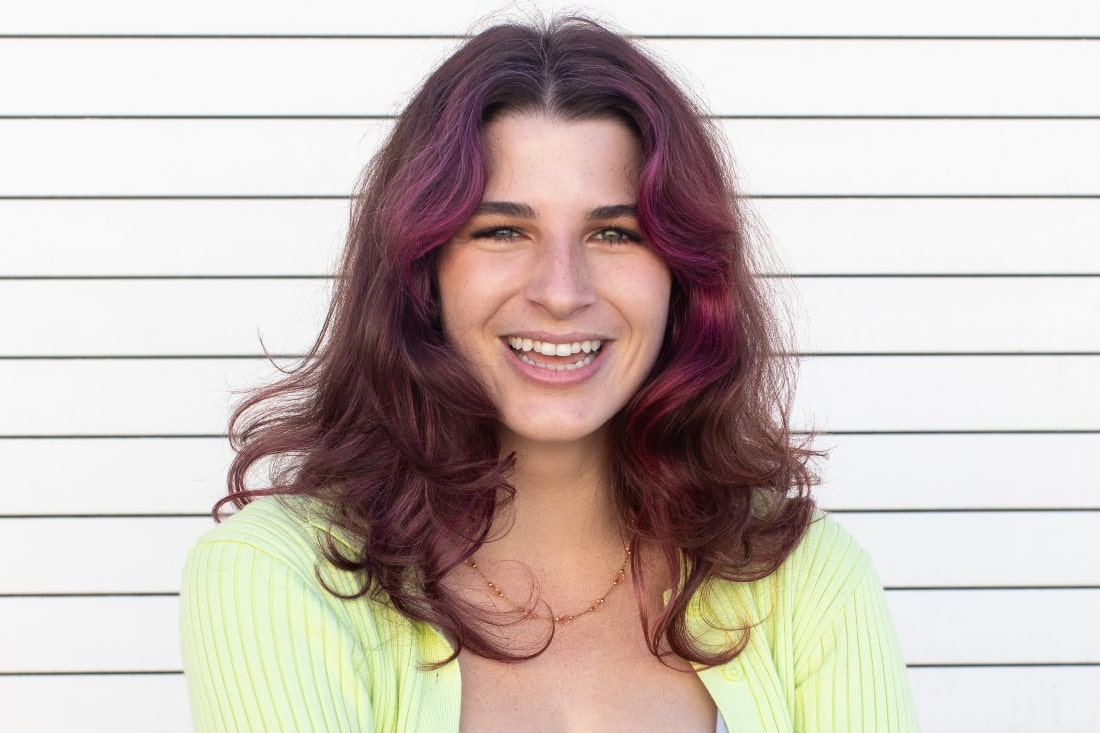 Can Tech Revolutionise Periods? Orchyd Co-Founder Tells us All.

So Morgan, tell us a bit about yourself and Orchyd. I co-founded a period care startup called Orchyd in… 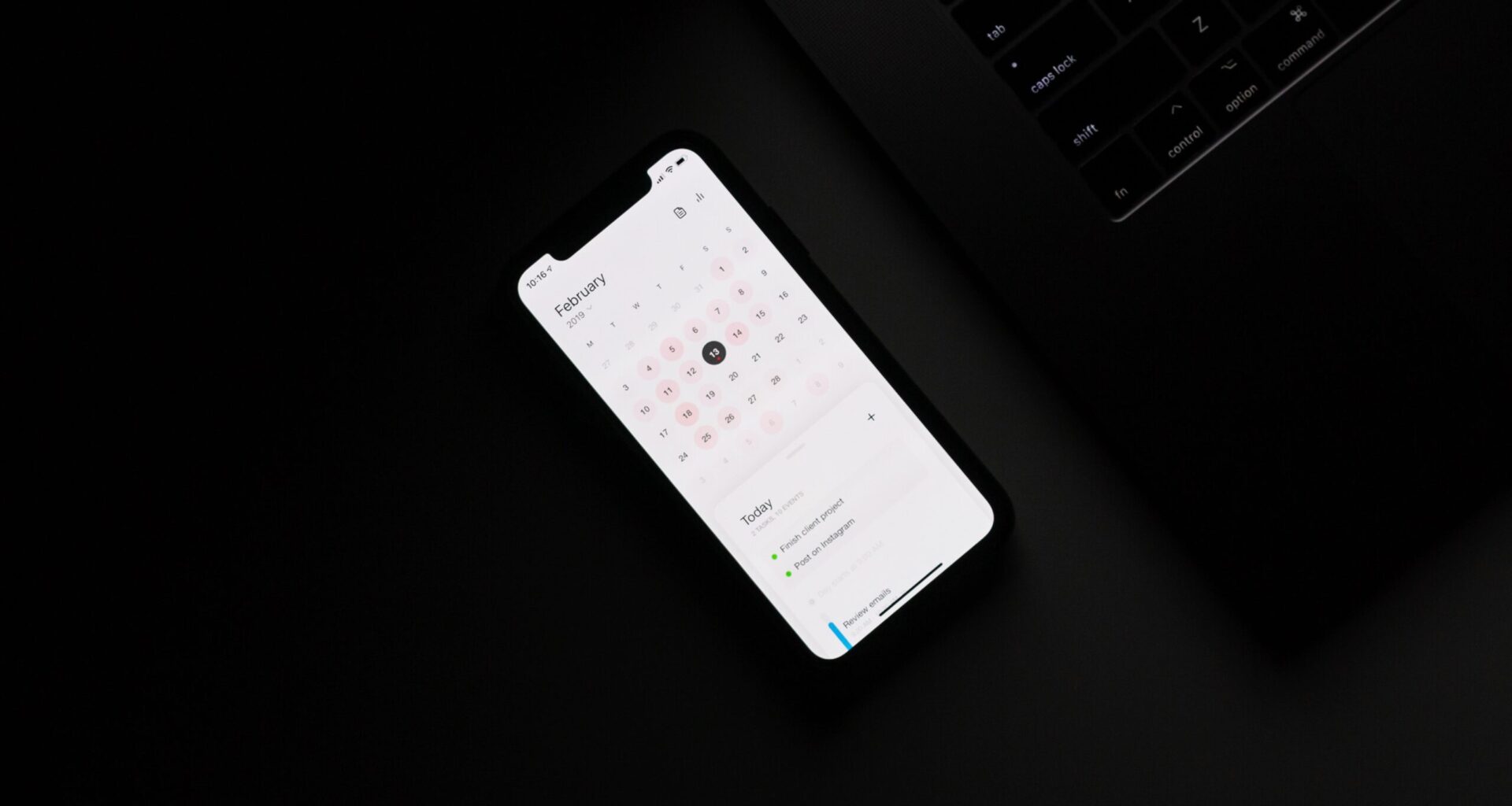 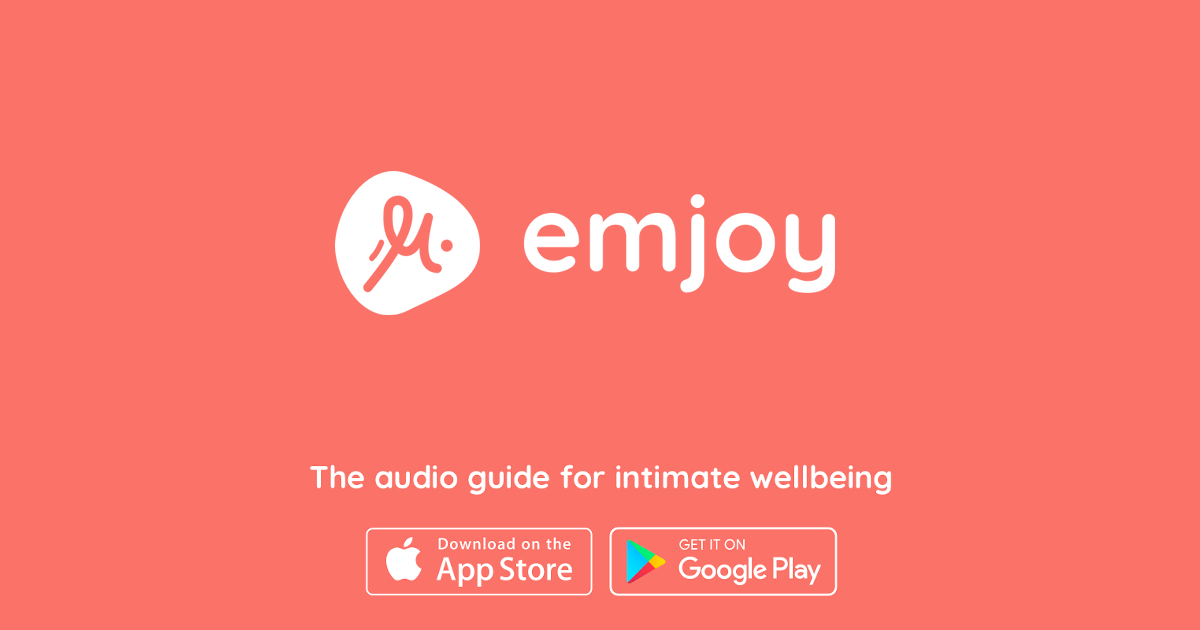 By Mariaclaudia Carella   Femtech startups have grown to become some of the hottest startups out there. Even…