Unlike the oral formulations of PDE-5 inhibitors, Sildenafil Cream is applied locally to the vaginal tissue and is designed to facilitate vasodilation and increased blood flow directly to the genital tissue to improve the physical arousal response symptoms commonly associated with FSAD. If clinical development is successful, Sildenafil Cream has the potential to be the first FDA-approved FSAD treatment option.

The Phase 2b RESPOND study will evaluate Sildenafil Cream compared to placebo cream in pre-and peri-menopausal women over 12 weeks of at-home use following both a non-drug and placebo run-in period. Patient-reported outcome (PRO) instruments will be used to screen eligible women with FSAD and to measure achievement of the primary efficacy endpoint, namely improvement in localized genital sensations of arousal and reduction in the distress that women with FSAD experience.

“We are honored to commence the Phase 2b study of Sildenafil Cream. Commencing the study now positions us for a potential topline data readout by the end of 2021, and over the next several months we will provide updates on our progress toward that target. Women have suffered far too long without a viable intervention to address FSAD and we believe Sildenafil Cream has the potential to be the first prescription product for this condition,” said Sabrina Martucci Johnson, President and CEO of Daré Bioscience. “This study is a significant milestone for Daré and our partner SST as we seek to bring to market a product that could address an important unmet need for women. The FSAD market is estimated to be as significant, if not more so, as the erectile dysfunction market in both the U.S. and the rest of the world.”

Market research suggests that 16% of women in the U.S. ages 21 to 60, or approximately 10 million women, are distressed from experiencing symptoms of low or no sexual arousal and seeking a solution to improve their condition. To put the market opportunity for an FDA-approved FSAD treatment in context, the prevalence of complete ED in men is estimated to be about 5% of men at age 40, increasing to about 15% at age 70.

“This is an important milestone in the field of female sexual dysfunction,” said Dr Andrew Goldstein, Medical Advisor of Daré Bioscience and Past President of The International Society for the Study of Women’s Sexual Health, as well as co-editor of the Textbook of Female Sexual Function and Dysfunction: Diagnosis and Treatment. “It is exciting to be working at the cutting edge of research focused on women’s sexual health and to advance a potential first-in-category treatment option for women suffering from FSAD.”

FSAD is distinct from hypoactive sexual desire disorder (HSDD) in women, which is characterized primarily by a lack of sexual desire.   FSAD is a condition characterized primarily by a persistent or recurrent inability to attain or maintain sufficient genital arousal (an adequate lubrication-swelling response) during sexual activity, frequently resulting in distress or interpersonal difficulty. As with erectile dysfunction in men, FSAD in women is associated with insufficient blood flow to the genitalia.

About Sildenafil Cream and the Phase 2b RESPOND Study

Sildenafil Cream is an investigational proprietary cream formulation of sildenafil, a PDE-5 inhibitor, designed for topical administration to the vulva and vagina to increase genital blood flow and provide improvements in the female genital arousal response while avoiding systemic side effects observed with oral formulations of sildenafil. Sildenafil Cream has been previously evaluated in Phase 1 and Phase 2a clinical studies. In Phase 1 clinical study in 20 healthy post-menopausal women, topical sildenafil cream was safe and well-tolerated at clinically relevant doses, and study subjects reported favourable product characteristics: easy to use and readily absorbed. In a Phase 2a study in women with Female Sexual Arousal Disorder (15 pre-menopausal and 16 post-menopausal), Sildenafil Cream increased measurable blood flow to the genital tissue compared to a placebo cream. Further, data from a thermography study in healthy women demonstrated significantly greater increases in genital temperature after administration of Sildenafil Cream compared to placebo cream, indicating a positive impact on genital blood flow during the 30-minute testing session, with statistical separation from placebo within the first 15 minutes of dosing.

Prior to commencement of the Phase 2b RESPOND clinical study of Sildenafil Cream, Daré previously completed a content validity study designed to identify and document the genital arousal symptoms that are the most important and relevant to women with FSAD. The findings of that study helped facilitate alignment with the FDA on acceptable efficacy endpoints for the Phase 2b RESPOND study and future Phase 3 program. The Phase 2b RESPOND study is expected to randomize 400 to 590 subjects into the double-blind dosing period from 40 to 50 sites in the U.S. to ensure a total of 300 (150:150) to 440 (220:220) subjects complete the 12-week double-blind dosing period. The final study sample size will be determined by a single interim analysis for unblinded sample size re-estimation, based on the study’s adaptive design. An adaptive design implemented in accordance with the FDA’s Guidance for Industry on adaptive designs for clinical trials of drugs mitigates the risk of the study being underpowered if the true treatment effect and variability are significantly different from estimates based on published data but are still clinically meaningful. The target timeline for topline data readout of the Phase 2b RESPOND study assumes an increase in sample size above 400 randomized subjects is not required.   The primary efficacy endpoint of the study is a composite endpoint that includes patient-reported improvement in genital sensations of arousal and reduction in distress associated with FSAD.

Daré Bioscience is a clinical-stage biopharmaceutical company committed to the advancement of innovative products for women’s health. The company’s mission is to identify, develop and bring to market a diverse portfolio of differentiated therapies that expand treatment options, improve outcomes and facilitate convenience for women, primarily in the areas of contraception, vaginal health, sexual health, and fertility.

Daré may announce material information about its finances, product candidates, clinical trials and other matters using the Investors section of its website (http://ir.darebioscience.com), SEC filings, press releases, public conference calls and webcasts. Daré will use these channels to distribute material information about the company, and may also use social media to communicate important information about the company, its finances, product candidates, clinical trials and other matters. The information Daré posts on its investor relations website or through social media channels may be deemed to be material information. Daré encourages investors, the media, and others interested in the company to review the information Daré posts in the Investors section of its website and to follow these Twitter accounts: @SabrinaDareCEO and @DareBioscience. Any updates to the list of social media channels the Company may use to communicate information will be posted on the investor relations page of Daré’s website mentioned above.

Daré cautions you that all statements, other than statements of historical facts, contained in this press release, are forward-looking statements. Forward-looking statements, in some cases, can be identified by terms such as “believe,” “may,” “will,” “estimate,” “continue,” “anticipate,” “design,” “intend,” “expect,” “could,” “plan,” “potential,” “predict,” “seek,” “should,” “would,” “contemplate,” “project,” “target,” “tend to,” or the negative version of these words and similar expressions. In this press release, forward-looking statements include, but are not limited to, statements regarding enrollment in and completion of the Phase 2b RESPOND clinical trial of Sildenafil Cream and the timing of topline data for the study, Sildenafil Cream’s potential to demonstrate safety and efficacy in treating FSAD, Sildenafil Cream’s potential to be the first FSAD treatment approved by the U.S. Food and Drug Administration (FDA), and the market opportunity for Sildenafil Cream. Forward-looking statements involve known and unknown risks, uncertainties and other factors that may cause Daré’s actual results, performance or achievements to be materially different from future results, performance or achievements expressed or implied by the forward-looking statements in this press release, including, without limitation, risk and uncertainties related to: Daré’s ability to raise additional capital when and as needed to advance its product candidates and continue as a going concern; the effects of the COVID-19 pandemic on Daré’s operations, financial results and condition, and ability to achieve current plans and objectives, including the potential impact of the pandemic on the ability of third parties on which Daré relies to assist in the conduct of its business, including its clinical trials, to fulfill their contractual obligations to Daré; Daré’s ability to develop, obtain regulatory approval for, and commercialize its product candidates; the failure or delay in starting, conducting and completing clinical trials or obtaining FDA or foreign regulatory approval for Daré’s product candidates in a timely manner; Daré’s ability to design and conduct successful clinical trials, to enroll a sufficient number of patients, to meet established clinical endpoints, to avoid undesirable side effects and other safety concerns, and to demonstrate sufficient safety and efficacy of its product candidates; the risk that positive findings in early clinical and/or nonclinical studies of a product candidate may not be predictive of success in subsequent clinical and/or nonclinical studies of that candidate; the risk that developments by competitors make Daré’s product candidates less competitive or obsolete; failure of Daré’s product candidates, if approved, to gain market acceptance or obtain adequate coverage from third party payers; Daré’s ability to retain its licensed rights to develop and commercialize a product candidate; Daré’s ability to satisfy the monetary obligations and other requirements in connection with its exclusive, in-license agreements covering the critical patents and related intellectual property related to its product candidates; developments by Daré’s competitors that make its product candidates less competitive or obsolete; Daré’s dependence on third parties to conduct clinical trials and manufacture clinical trial material; Daré’s ability to adequately protect or enforce its, or its licensor’s, intellectual property rights; the lack of patent protection for the active ingredients in certain of Daré’s product candidates which could expose its products to competition from other formulations using the same active ingredients; cyber attacks, security breaches or similar events that compromise Daré’s technology systems or those of third parties on which it relies and/or significantly disrupt Daré’s business; and disputes or other developments concerning Daré’s intellectual property rights. Daré’s forward-looking statements are based upon its current expectations and involve assumptions that may never materialize or may prove to be incorrect. All forward-looking statements are expressly qualified in their entirety by these cautionary statements. For a detailed description of Daré’s risks and uncertainties, you are encouraged to review its documents filed with the SEC including Daré’s recent filings on Form 8-K, Form 10-K and Form 10-Q. You are cautioned not to place undue reliance on forward-looking statements, which speak only as of the date on which they were made. Daré undertakes no obligation to update such statements to reflect events that occur or circumstances that exist after the date on which they were made, except as required by law. 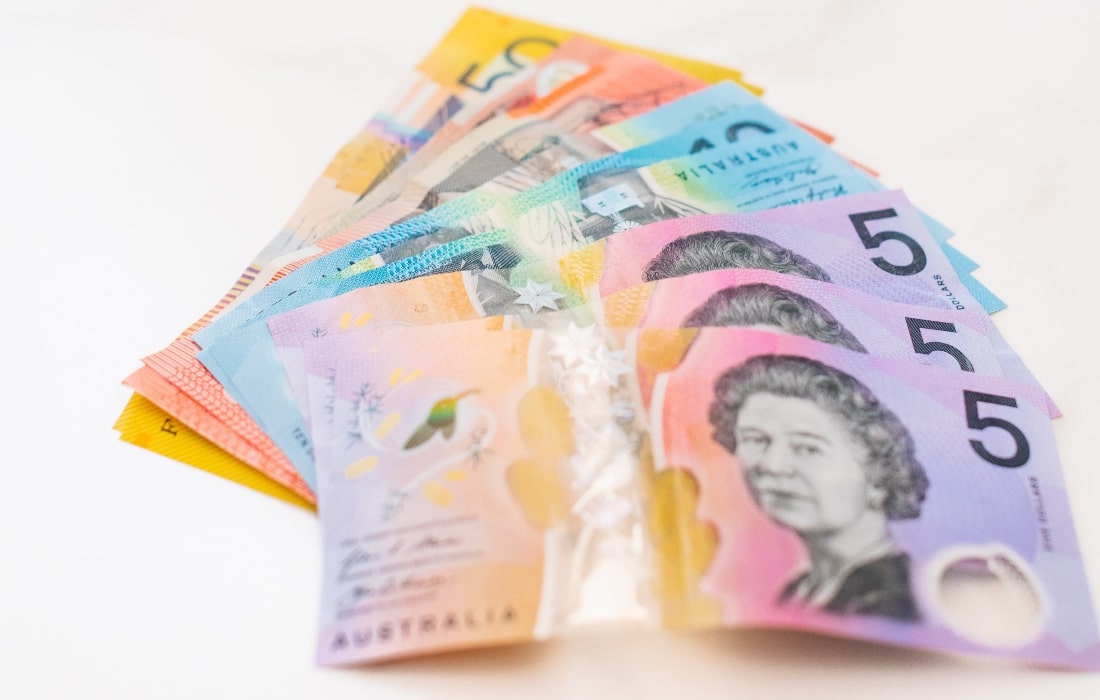 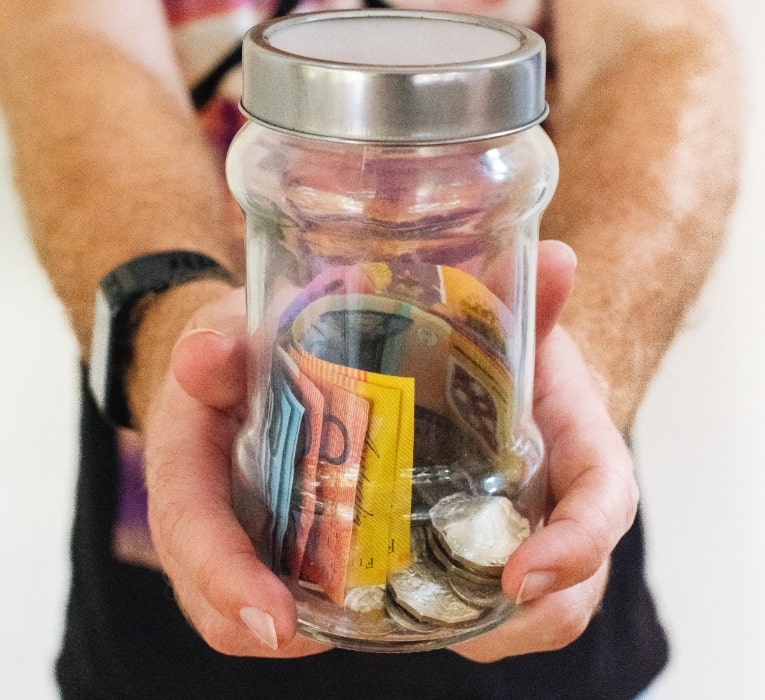 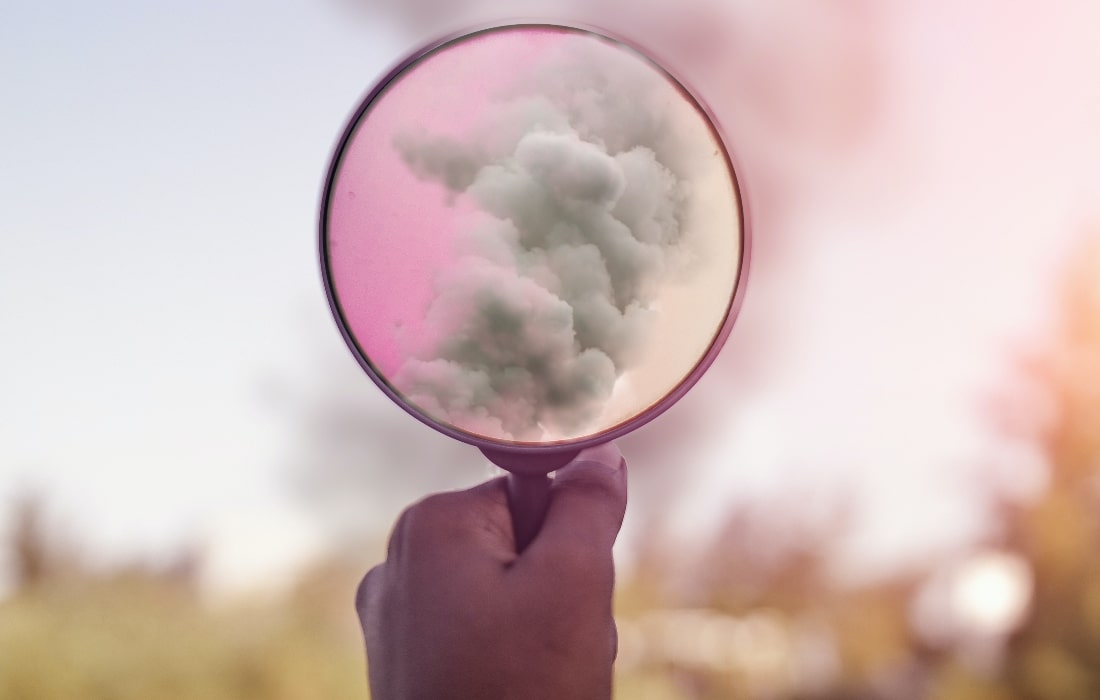 Eisai Inc. announced the launch of Spot Her—an initiative to end the silence around endometrial cancer, a type of… 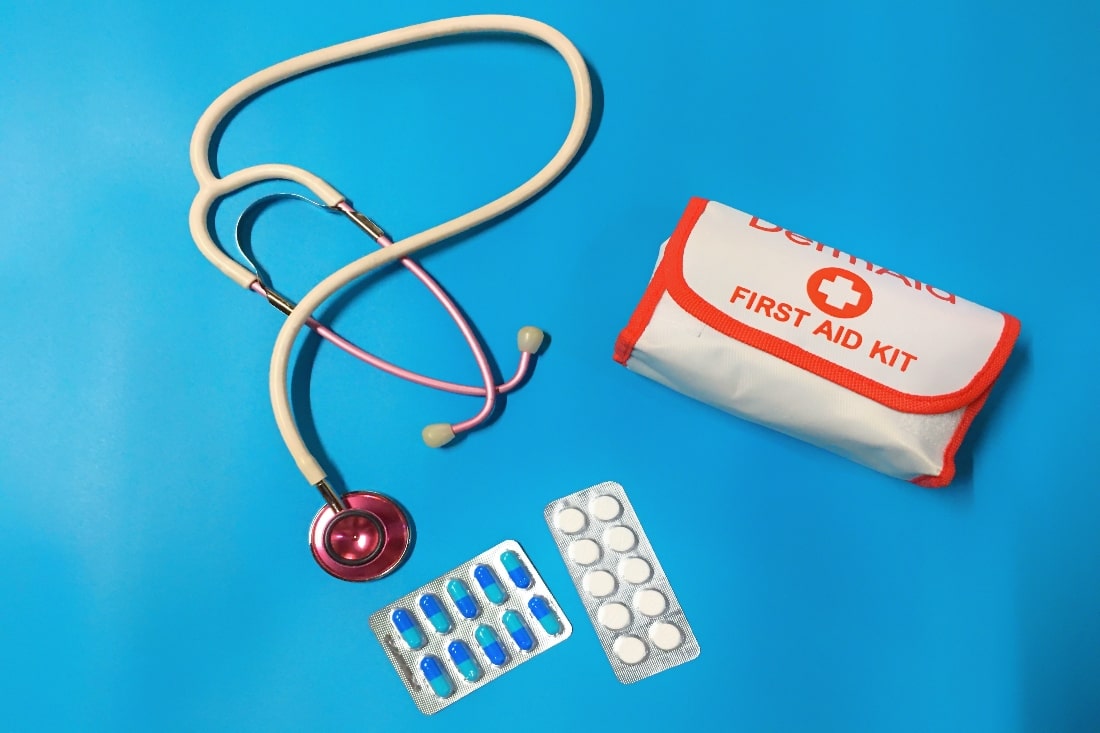 Reimagining Primary Care for the 99% 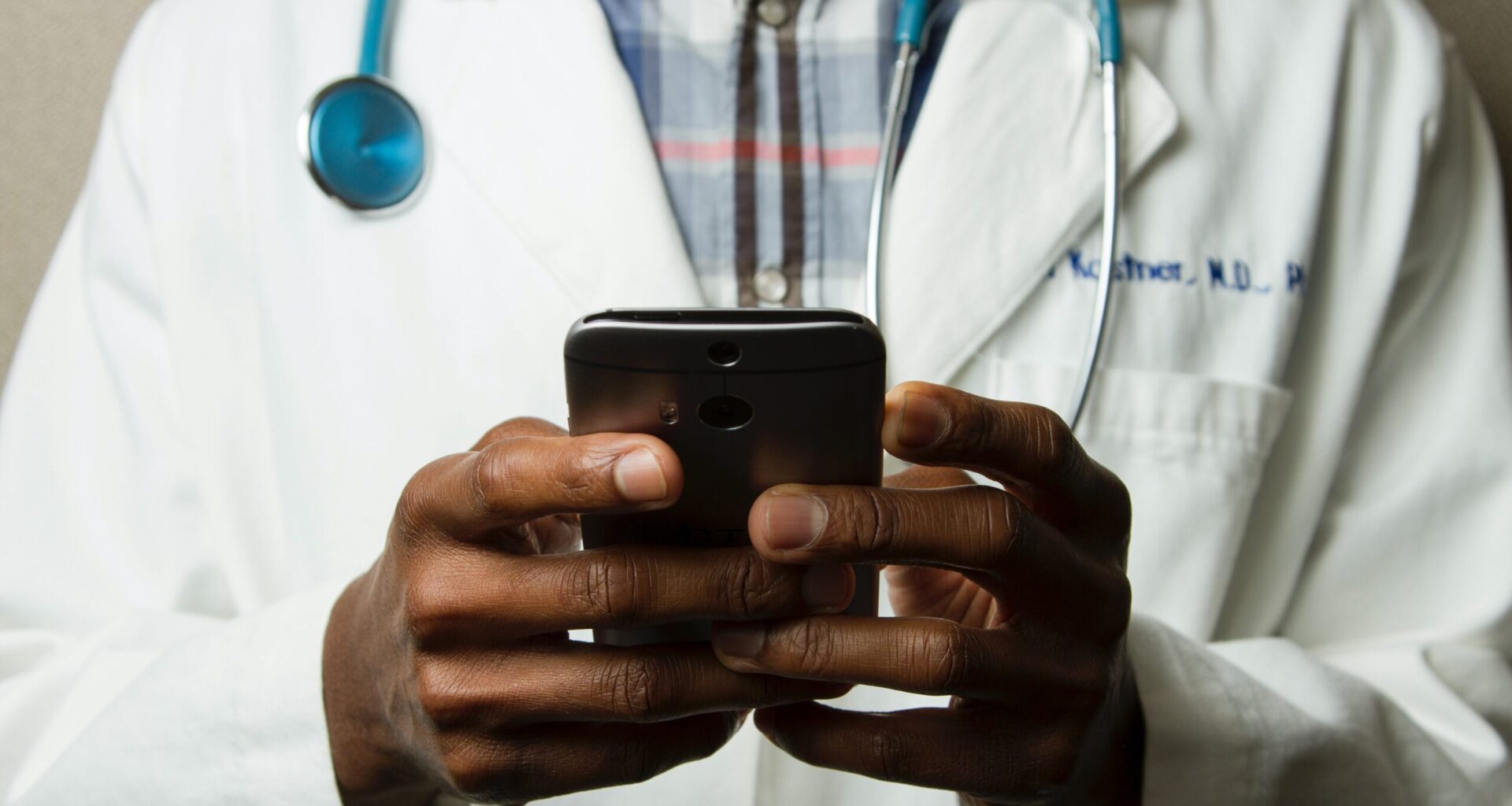